Creativity is a powerful tool for illuminating the complex realm of human perception and cognition.
By engaging stakeholders in specific acts of creativity, Atstrat: 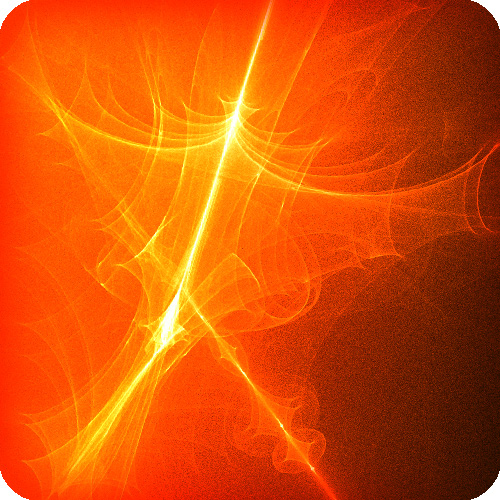 WHAT WE MAKE IS WHAT WE ARE

We are all creative, to some degree, and all creativity is a form of self-expression - there is an honesty in the things we make that can surprise even their creator. Atstrat harnesses this to help our clients deeply understand their customers.

Group creativity can be very liberating - focused play allows teams the freedom to explore, while interaction encourages understanding and acceptance of diverse thoughts. Atstrat harnesses this to unleash our clients' innovation and provide clarity of strategy.

People tend to love the things they make more than the same thing made by others - executing someone else's vision is far less motivating than contributing something oneself. Atstrat harnesses this to maximise our clients' ability to reach the market.

Creativity can be a safe and acceptable channel for expressing emotions and confronting issues that are difficult to discuss in a purely rational, linear way. Atstrat harnesses this to enhance patient comprehension and empathy for our clients.

The founders of Atstrat have worked in the creative industry for decades. We understand the power of ideas as a means to an end and not merely an end product. We have vast experience in guiding groups in creative exploration and we know how to prepare every aspect of a creative session to achieve the desired results.
Each Atstrat Co-Creation Session is grounded in proven methodologies but always employs exercises specifically designed for the scope, participants and background of the project.

Because for us, creativity is a serious, goal-oriented business. 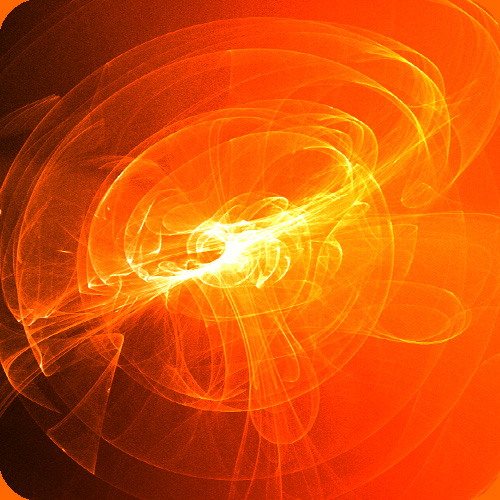 The Forces of Collaborative Creativity is a book, from Practical Inspiration Publishing, written by Peter John Comber. It is a practical guide to creative teamwork in the healthcare business that explains Atstrat’s methodology in detail and using case studies. 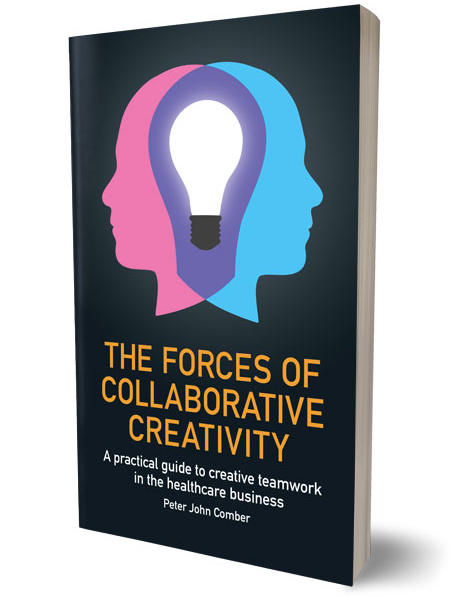 The flexible, iterative and potentially powerful nature of workshops makes them well suited to solving many kinds of problems, but sadly many workshops are poorly prepared or moderated and the results don't always justify the investment (in time as much as money). Atstrat brings vast experience and proven methodology to deliver excellent workshop experiences and outcomes.

Every Atstrat Collaborative Creativity Session (CCS), uses creative exercises specifically devised for the stated objective and the group of participants. Because of the bespoke nature of our workshops, the bulk of our effort is invested in preparing - ensuring that the time we have with the participants is put to maximum use and is as enjoyable as possible for them. We ensure the focus and confluence of ideas is on the key issues and always construct our workshops to minimise group-think traps and follow-the-leader pitfalls. And the output of a CCS (or a series of CCS) is not just descriptive of what happened, it contains expert analysis and interpretation, providing a clear point of view and where appropriate, recommended action.

Whether you aim to innovate, define a strategy, align internal thinking or gain new perspectives on the customer experience, our multi-activity CCS are always custom designed to deliver outstanding results. The following are descriptions of the most common types of CCS.

Defining the right strategy is crucial. Atstrat helps brands conceive and execute their best strategy through Collaborative Creativity. Where appropriate we start the process by mining for high-quality customer insights (HCP CCS and Patient/Caregiver CCS), then we involve key internal stakeholders in bespoke creative exercises - inspiring them to express their knowledge and opinions in devising market winning ideas that respect and enhance your brand.

Many factors - related to the complexity of the stakeholder galaxy - strongly influence healthcare brand performance and comprehending the gritty reality of key stakeholders is crucial. Atstrat involves HCPs in Collaborative Creativity Sessions (sometimes in multidisciplinary teams) to uncover their needs, desires, convictions, restrictions and biases - guiding them in imagining scenarios that potentially improve their current professional experience.

Any idea is only as effective at its execution allows it to be. Internal stakeholders who aren't aligned, don't completely comprehend, disagree with or are uninspired by a strategy that is handed down to them can distort it or disable its full realisation. Involving internal stakeholders in a Collaborative Creativity Session - immersing them in the process and allowing them to express their knowledge and perspectives - permits them to achieve full comprehension and co-ownership of the strategy, together with a clear output of coordinated actions to execute.

How does it feel?

Patients and caregivers are the end beneficiaries of healthcare, but only recently has their voice become particularly influential and informed. Changes in attitude, technology and even regulation are accelerating the rise of the importance of patient opinion and knowledge. Atstrat is particularly invested in involving patients and caregivers in Collaborative Creativity Sessions to help brands understand the emotional and practical aspects of their journey and the expectations they harbour.

Healthcare is increasingly scrutinized in terms of overall value and real-world results. One consequence of this is the rise in importance of the patient/caregiver in the healthcare world.
In too many cases, patient understanding and acceptance of their condition and their therapy are absent - the real-world consequences are extremely negative for both the quality of life of millions of people and the perceived efficacy and value of thousands of healthcare brands.
Atstrat is experienced in the complexity of PSP design, delivery and maintenance. Like all our work, the solutions we create are bespoke, insight-based and designed to deliver the right support in the right way.

Observational studies conducted by Aifa, in Europe, highlight how current levels of therapeutic adherence across all pathologies are unacceptably low. Protecting individual health and healthcare system sustainability is a current issue that needs to be resolved with strategies that improve the safe and effective use of therapies. Atstrat believes that information, education and communication are essential tools, that must be correctly employed by involving all stakeholders in a coordinated effort to improve therapeutic adherence through convergence. We are committed to creating effective Patient Adherence Programmes because we believe in the need for sustainable health, for all.

Atstrat is passionate about patient advocacy and we are active in many ways to support Patient Advocacy Groups and patients/caregivers in confronting healthcare issues. 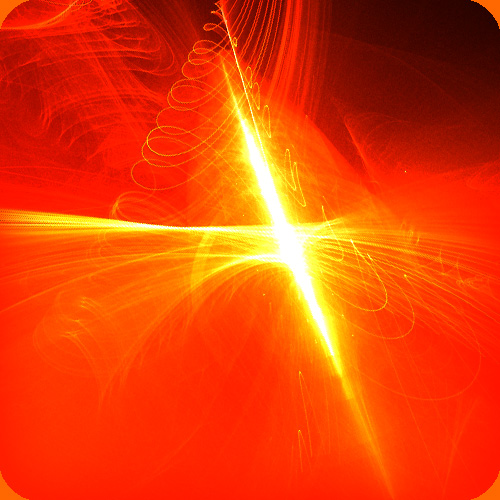 The founding partners, active on every project Over 50 years of experience

Atstrat was founded in 2016, by two very experienced executives with a long working relationship. We are a boutique consultancy and firmly intend to remain agile and independent. Alessandra and Peter, the two founding partners, are active on every project - this is our pledge and our pleasure. While this undoubtably limits the amount of work we can do, it guarantees the highest possible standard for all our endeavours and all our clients. 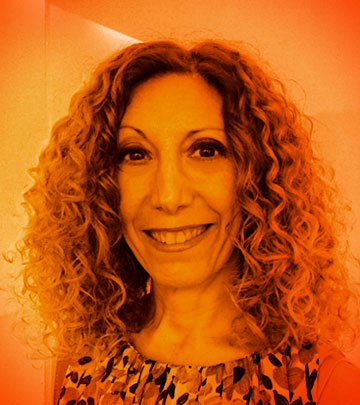 Alessandra has worked in advertising and marketing since 1996.

A sociologist, with a specialisation in semiotic analysis of consumer behaviour, she started work in DDB as a copywriter subsequently became Strategic Planner and progressed to Strategic Planning Director. While in DDB she moved to the Chicago headquarters working on J&J and Novartis OTC and DTC projects.

In 2016 she left inVentiv Health and created Atstrat.
A pioneer of the earliest Patient Support Programmes and Patient Adherence Programmes in Italy, today she specialises in Patient Experience Design - always working in collaboration with relevant stakeholders: PAGs, Patients/Caregivers, Institutions and HCPs.

In 2020, following her experience as a caregiver in her family, she began www.pazientiprotagonisti.it (Patient Protagonists), a podcast series where she interviews people who work in patient advocacy and occasionally patients who are supported by a patient advocacy group. This is a personal project she cares deeply about because she believes in the importance of supporting NGOs and she is convinced that their work should receive greater recognition. 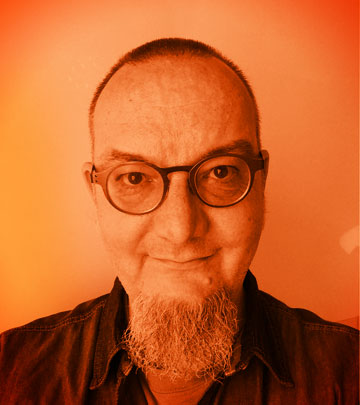 Peter has worked in advertising and marketing since 1983.

In 1999, while continuing his role as Creative Director, he founded and directed as Managing Director a web agency (sold in 2004) developing digital projects for clients including; American Airlines, Caffarel, Cressi-sub, Ferrero, Gabetti, Huhtamaki, UNICRI and Versace.

In 2020 he wrote 'The Forces of Collaborative Creativity' which was published worldwide in October.

You can learn more about Peter from his website.

Get in Touch with Atstrat